Subscribe to Circular Economy Solutions Dialogues (CESD) 2022 | Localizing the circular economy imperative - What is at stake for cities?

Circular Economy Solutions Dialogues (CESD) 2022 | Localizing the circular economy imperative - What is at stake for cities? 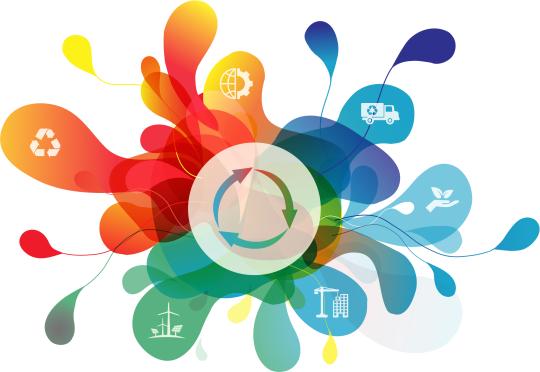 With and for whom

At the turn of the millennium a generation ago, less than half of the world population was living in cities. In a generation from now, more than two thirds of the world will be urban. Among the many imbalances of current urbanization pathways is an utter dependency on a take-make-waste logic, in other terms, the linear economy.

Since the end of the Cold War, the global adoption of the ‘infrastructure for growth’ and ‘agglomeration economy’ paradigms has continuously increased the space for production and consumption. Increased connectivity has led to the widespread dispersal of waste, including plastics and other chemicals, resulting in soil degradation and placing unprecedented stress on the Earth system. Cities already generate about 1.3 billion tons of solid waste annually, and this is projected to increase to 2.2 billion tons by 2025 and likely double in low-income countries over the next two decades.

As today's urban systems, based mainly on a linear economy, are not sustainable, the question arises as to what a world with 8 billion urban dwellers would look like. Urbanization is the main cause of many environmental challenges. However, cities can prove to be effective catalysts for the transition to a circular economy by 1) closing material and energy loops, 2) connecting social and ecosystem services, 3) supporting creative industries, 4) integrating functions and material flows through circular urban metabolism and multifunctional land use, etc.

The public sector in general, and cities in particular, can lead the way in procuring circular products and services, but cities alone cannot create a paradigmatic shift that moves the global economy away from resource extraction. Cities alone cannot respond to the challenges of an urban world.

Macroeconomic valuation and assessment of ecosystem services is an important factor in accelerating the development of the circular economy, which is highly dependent on further research as well as normative changes at the multilateral level. Investment in new physical, digital, and social infrastructure systems aimed at sustainable development of new assets and renewal of existing assets also depends on several factors.

In 2021, the G20 acknowledged the role of the G20 Resource Efficiency Dialogue, the G20 Platform on SDG Localization, and Intermediary Cities in recognizing both the need to accelerate resource efficiency and the role of cities and local governments. The group of think tanks (T20) also recommended to move towards a G20 pact on sustainable urbanization. In 2022, following a cycle on ‘plastics’ and a second cycle on ‘value and supply chains’, the third cycle of the Circular Economy Solutions Dialogue (CESD) will focus on ‘Localizing the circular economy imperative – What is at stake for cities?’

To (1) analyse challenges and opportunities with regard to a circular economy transition in the urban context, (2) to identify scalable, transferable and replicable services and technologies, tools and approaches, and (3) devise urban strategies and empower leading stakeholders for their implementation, the Deutsche Gesellschaft für Internationale Zusammenarbeit (GIZ) GmbH and the Global Solutions Initiative (GSI) have launched the Circular Economy Solutions Dialogues (CESD). The virtual, participatory dialogue consists of 4+1 sessions exploring:

To close the gap between theory and practice, the CESD bring together approximately 25 experts from urban policy, business, civil society, academia, think tanks, and international organizations. As organizers of the CESD, GIZ and the GSI are driven by a shared vision of a circular economy and a sustainable future for all.

The process is designed as a multi-stakeholder dialogue, featuring (1) 4+1 virtual meetings mixing dialogue and leadership impulses and e-collaboration to draw out ideas in between; and (2) a comprehensive editorial strategy through the INTERSECTING project with an e-book as well as book to be edited in the second half of 2022 and a 2023 INTERSECTING summit in India (tbc) to follow.

Participants are expected to partake in all virtual meetings to ensure continuity and a genuine team spirit. The interactive and cross-sectoral nature of this moderated dialogue seeks to identify the preconditions that are necessary to scale up circular economy solutions. The co-creative, participative meetings are moderated by two experts. We believe in exchanges without power point presentations.

The collective effort and a commonly agreed list of key messages will be recorded in writing in a results booklet which will be available to the public. It shall serve implementers and policy makers in specific countries. In addition, the outcomes will enrich policy briefs and publications in the context of the G/T20 process, especially through GSI’s Global Solutions Summit as a platform for thought-leaders.